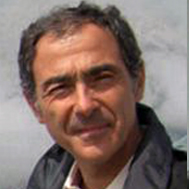 I was born in 1955 and graduated in law with first class honours at the University of Rome, La Sapienza, in 1977. Mine was an interdisciplinary degree thesis about Civil Law and public finance supervised by Prof. Stefano Rodotà.
In 1980 I have joined the Law Society of Rome as solicitor and in 1986 as a lawyer. Later on, in 1994, I have been enrolled to the bar of lawyers, admitted to legal representation before the Corte di Cassazione and higher jurisdiction.
I’m working with the law firm and verified email, and I am insured against civil and the professional liability with the Italian Representative of the Lloyd’s of London.
My work regards the civil law sphere, especially company and commercial ones: from the practice of debt collection to the international joint venture, or the eviction order and the real estate market; divorce and inheritance proceedings are included too along with the administration of supporting people with limited abilities counting all the foundations.
The whole task is carried out professionally including all the involvements arising out of the legislation concerning privacy, IT Law and administrative liability of legal persons.
I held the office of Support Administrator – on behalf of the Court of Rome – as well as President, Arbitrator and lawyer part in arbitration procedures.